One recent project I worked on depended very heavily on Github. If you don't know what Github is it's a hosting service for projects that uses Git version control and if I really needed to explain that to you then the rest of this post probably won't do much for you.

The problem with depending on external services and API is that when they are having a bad day, then you are probably having a bad day. The project I was a part of was a Node application that would have to be built and rebuilt several times on several different machines, we are talking in the thousands. This application would reach out to Github for several modules which were essential to the build process. Needless to say there are ways to architect this solution to remove this dependency but that isn't the point of this post 😉

Github has a great status page which does a good job at keeping you informed on the current going on with the Github platform but the problem with it is you need to go to the page, get the status, and if there is an issue continually return to see if there are any updates. Thanks to developer Romin Irani (@iromin on twitter) you can now interact with Github over IM and more importantly have his GitHub Status Bot send you notifications whenever Github has any sort of disruption, planned or otherwise. 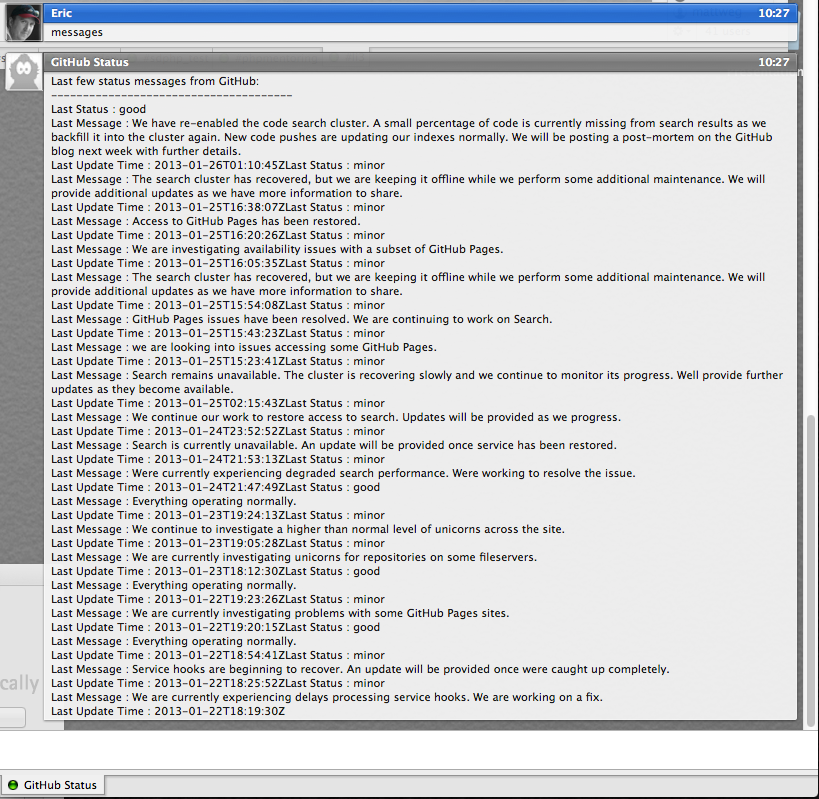 That's pretty much it, hope you find the GitHub Status Bot as helpful as I do.